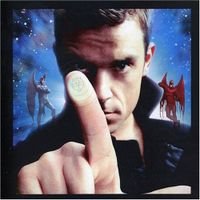 Yes, he has finally arrived. Today is the big day, that sees the big RW ( No, I’m not talking about our local superstar RW), I’m talking Robert Peter Maximillian Williams, who kicks off his world tour here in Durbz tonight.

Durban people have a funny way of doing things. This is the ONLY concert on his world tour that is NOT sold out. People from Germany have even bought tickets to the show here, because it was the only one on his world tour, that still had tickets available.

It is going to be an awesome concert, even though I’m not a major fan, he is a real super star. Hopefully will have some dodgy camera phone pictures up tomorrow.