South Africa is an interesting country. We have crooked politicians, state-owned monopolies and more crime than you can shake an AK-47 at. But we love it here nonetheless – or some of us do, anyway. 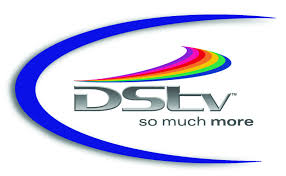 Another interesting phenomenon in South Africa is DSTV – part of Koos Bekker’s media empire. At roughly R600 per month (I have to pay extra to access the HD content, etc.) it really isn’t cheap, especially not if you consider what you’re really getting for your money. As a tech savvy individual, I recently decided to see if I can go without DSTV. Step 1: Disconnect it!

Did you know that you can disconnect your DSTV subscription at any time, for as long as you want? This means that, if you are heading abroad for a month, you don’t have to pay for that month! Obviously if you want your PVR to record stuff while you’re away, you have to pay. But if you don’t need to record, it could be worth saving that cash. Hell, I’ve even turned it off when I go away for a week – because then I don’t pay for that week. Just call them, and they’ll do it – or visit the self-help section on www.dstv.com

The reason for making the disconnection Step 1, is that it forces you to get on with alternative plans. Which is exactly what I did. To me, the process was two-tiered: Firstly I wanted to stream my existing media from the desktop in my study; and secondly I wanted to watch TV shows and even sport online somehow.

Some background: I run a 4mb line at home, which is administered through Axxess. So even though the infrastructure still belongs to Telkom, I can complain with Axxess, who then sort it out on my behalf. My data also comes through Axxess, and even though they do offer an uncapped service, I opted for a 50GB capped service, which has less shaping than the uncapped offering – this is important for streaming TV and movies.

After much research and digging around, and with the sound of my wife and kids screaming for content, I decided to get an AppleTV. This was before they were officially available in SA, but I got one through a shop in Cresta Shopping Centre regardless. Nowadays you can just buy them off the shelf at your local iStore for around R1,000 a throw.

With iTunes set up on my desktop, and both the desktop and AppleTV connected to my home network, I was up and running in minutes. Lovely streaming of movies, TV shows, music, images and more – all from my shared iTunes library. Quick, easy and relatively cheap. BUT this meant I still couldn’t watch all the latest TV shows. So how now brown cow?

First I indulged in some Bitorrenting, which I shall not elaborate on. Suffice to say that I had to hunt down my content, download it, convert it to MP4 and then import it into iTunes. Works okay, but it is a bit laborious. And it takes up a heck of a lot of space on my desktop. With Apple not supporting the popular codecs for downloaded torrents, it kept me busy too with all the converting and what-not.

So I turned to Netflix and Hulu Plus – the two stalwart American streaming services, which everybody knows you can’t get to work in South Africa. Except, of course, if you are ‘n ‘boer’, Because a boer makes a plan, eh?

Enter Unotelly – a DNS service which makes services like Netflix and Hulu and many more think you are in the US of A. And this means you can get Hulu and Netflix to send you content. Sadly you still need to pay for these, and setting up working accounts for both of them is a test in itself – but it can be done. If any of you want help with that, let me know and I’ll write up a how-to guide. But after a couple of hours of tinkering and many, many restarts of my router, I got it to work like a charm. Now
I can watch the latest episode of Greys Anatomy on Hulu the night after its US broadcast – which means I’m about to finish the series next week. Cool. I can also delve into the mass of historic content on both services, and keep the kids busy with plenty of suitable programming. Also, I can access Netflix and Hulu on my iPad, iPhone, AppleTV and Desktop – all at the same time if needed. And the 4MB line is plenty fast for this. So all of a sudden my AppleTV has become a major hub of entertainment – and you get apps to control it from your phone too, if you want.

But what about live sport? Alas, this is the one area where I still need to figure things out. As a fan of the British Premier League, I desperately miss my footie. But I shall keep hunting for solutions. I did find one service, Firstrowsports (link deliberately left out) I think it was called – but their ‘client’ added so much crap to my machine that I ditched them.

In the mean time I have started tinkering with XBMC – an open-source media centre system that runs on almost any platform – including Windows, Mac, iOS, Android, Linux… It is robust, if not particularly user friendly. As things stand right now, I have sacrificed a spare laptop with HDMI output for this purpose, and run the server on my Desktop. The main advantage over AppleTV is that XBMC can play almost any codec, so no converting of new content needed. It is also more customisable, which is great if you know what you’re doing (and less so in my case). Overall I think this is another good solution, though the hardware will cost more than an AppleTV (or similar box). Worth investigating though… 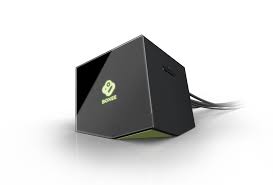 Other solutions also exist. WD makes a great alternative to the AppleTV for similar money, and if you want to order from abroad you can look at Roku or Boxee – all with their own pros and cons. In the end, though, I have found that it IS possible to get away from DSTV, but at a cost:

So I pay roughly R1000-odd for my TV now, which is R400 MORE than I used to. But the big thing for me is that I work from home, and would have had to pay the ADSL line rental and data regardless. Thus my actual increase runs only to R160 for the two streaming services, which is a hell of a lot less than DSTV. Plus the small fee for the Unotelly DNS unlocker – and check out their variety of payment options. Oh, and I can’t watch live football. Which sucks.